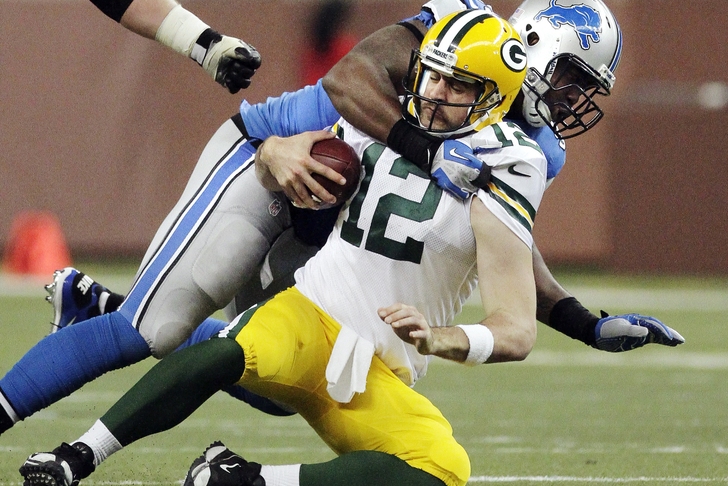 The Green Bay Packers open a three game stretch against NFC North opponents with a road contest against the Detroit Lions. Detroit is looking to improve their 1-9 record against Aaron Rodgers.

Here are a few main points to take from the first half:

Lack of ball security put the Packers in an early hole

An Eddie Lacy fumble that was returned for a touchdown by Detroit's Don Carey, followed by a three and out that gave the Lions the early momentum.

Defenses won the battles in the trenches

Both defenses generated a lot of pressure and stopped the run effectively with their front four. The Packers in particular generated a sack and allowed only 2.8 yards per rush, while Detroit had two sacks and numerous hurries on Aaron Rodgers, while allowing 4.0 yards per rush.

Matthew Stafford looked antsy in the pocket all half for Detroit, and as a result looked a little wild on some of his early throws. These throws lead to two interceptions on a deflected pass to Ha Ha Clinton-Dix and an overthrown pass hauled in by Davon House.

A review following Davon House's interception placed the ball at the one yard line instead of the original ruling of a touchback. This ruling proved costly for Green Bay, as their next offensive play was busted up for a safety.

Although he was unable to bring down Stafford in the first half, Peppers is generating a lot of pressure that is forcing him into some bad throws.

Bush is having another great game against the Packers, as Detroit is running a decent amount of their offense through him. His 21 rushing yards and four receptions lead the team in both categories at the half.