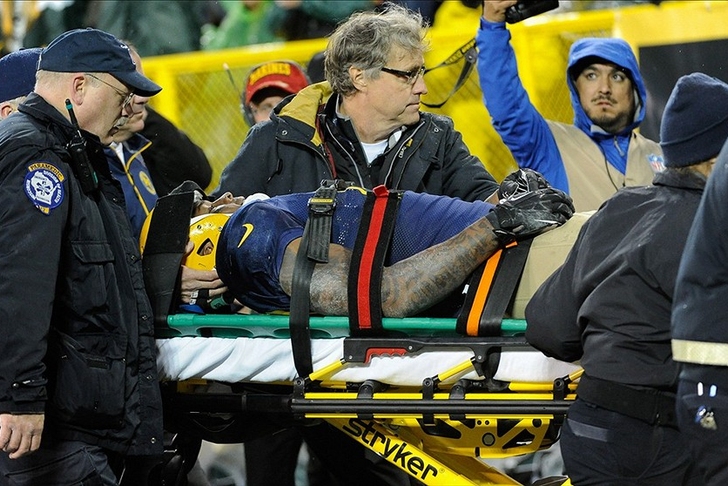 Jermichael Finley will undergo surgery on his bruised spinal cord later this week. The Packers organization has kept quiet about Finley's treatment and recovery, but former Packers TE Mark Chmura spoke at length about Finley's status on Milwaukee's ESPN 540 station on Monday.

Chmura apparently spoke to Finley before the Packers played the Philadelphia Eagles on Sunday, and Finley apparently told him his spine is herniated in the C3 and C4 vertebrae. In layman's terms, this is an incredibly severe diagnosis, and Chmura was blunt in his assessment: "I would bet my bottom dollar his career's over. Over."

Chmura compared Finley to former Packers safety Nick Collins, who suffered a herniated disk in 2011 that ended up forcing him into early retirement.

If Anyone Is Made For All This It's Me! #Road2Recovery

Finley has been optimistic and positive during his recovery so far, and while it's too early to say if Chmura is right, his diagnosis is definitely worrying. We'll provide updates on Finley's situation as they become available.

Stay tuned to Chat Sports for all the latest Green Bay Packers news. For a customized home page and daily updates on your favorite teams, sign up for a free account today.