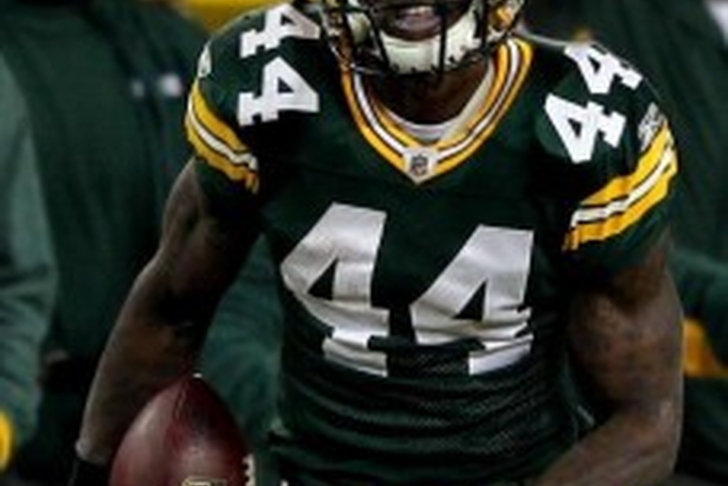 After the big names and surefire starters are off the free agent big board, the focus for NFL GM's shifts to adding depth and bringing in competition to challenge their current roster. Green Bay Packers GM Ted Thompson did just that in Week 2 of free agency, re-signing two players and adding two others from different teams.

Green Bay's depth at running back was solidified in recent weeks with the re-signing of James Starks and the re-acquisition of Michael Hill. Starks received a two-year deal worth just over $3 million according to the Milwaukee Journal Sentinel. The deal reportedly contains no guaranteed money other than a $725,000 signing bonus, which is a steal considering the flashes of talent Starks showed in 2013.

Hill is returning to his first NFL home following a stint with the Buccaneers for much of 2013. The 2nd year pro was waived by the Bucs following an arrest for disorderly conduct in January after being signed off the Packers practice squad in November. His nine carries as a rookie came with Tampa Bay for a total of 23 yards.

The re-tooling of the defense continued as well with the re-signing of Safety Chris Banjo and the signing of former Minnesota Viking Defensive Tackle Letroy Guion. Banjo fought his way onto the Packers roster last offseason with a stellar performance in training camp, and figures to be one of few in-house options for Green Bay to improve at the safety position.

Guion is a sizable run-stuffer at 6-foot-4 and weighing in at 315 pounds. In his six years in Minnesota, Guion totaled only five career sacks. However, that lack of production does come with an asterisk, as he only played in 68 games with 31 starts. He figures to project as a situational linemen who will give a respite to B.J. Raji and provide run support.