Boykin Playing Himself Out of Slot Role 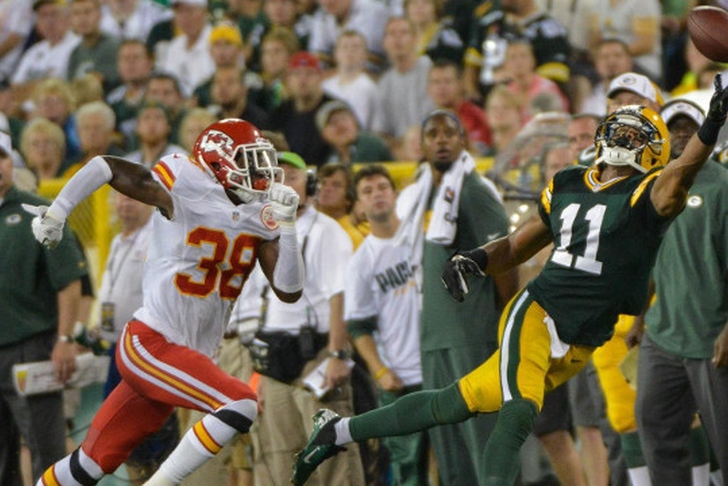 After receiving no targets and getting a healthy dose of Richard Sheman in Week 1, Jarrett Boykin hardly bounced back against the Jets on Sunday. Boykin caught one of three targets for six yards, and dropped a pass in the red zone. He began to lose snaps to rookie Davante Adams, who broke out with five catches for 50 yards on seven targets.

Boykin served efficiently as a receiving option in 2013, catching 49 passes for 681 and three touchdowns. Even with the return of Randall Cobb from a broken leg, Boykin was projected to be a strong third option in 2014. In the early going of the 2014 season however, Boykin has not found his way in the Packers offense.

Taking a majority of his snaps, and quite possibly his No. 3 WR role, was Adams. Following a mediocre preseason plagued by drops and lack of rhythm with Aaron Rodgers, Adams nearly scored twice on Sunday. On a 24-yard slant in the first half, Adams cut in the wrong direction and was tackled at the 6-yard line. Later in the third quarter, Adams made a catch with his feet in the end zone, but fell forward and was spotted out of bounds at the 1-yard line. Randall Cobb ended up scoring both ensuing touchdowns, but Adams will eventually get his scores if he continues to earn the confidence of his quarterback and coaching staff.

“It’s big because that’s the type of stuff I have to do to keep showing my whole team and the (coaching) staff that I’m capable of playing and making plays at this level,” Adams said. “My main goal is to make sure everybody has the same confidence in me that I do.”