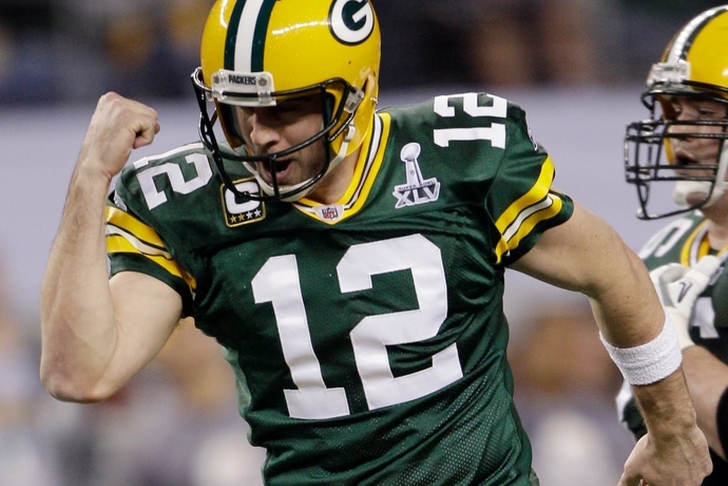 Losing Jordy Nelson is a tough blow for the Green Bay Packers. He was Aaron Rodgers' favorite target and one of the best wide receivers in the NFL. It hurts, but the Packers are equipped to win without Nelson. Here are four things they must do to overcome the loss of Jordy Nelson.

The Packers threw the ball just over 100 more times than they ran it last year. That number doesn't need to change drastically, but finding a way to cut it down to 75 times more will help the offense. Ideally, Eddie Lacy keeps his carries around the same mark. Maybe that means giving James Starks, or another backup, a few more carries to keep defenses honest.

Spread The Ball Around

Aaron Rodgers was great at this before Nelson went down, and now it's imperative he continues to do it. Randall Cobb might see a slight uptick in targets, but Rodgers can't just throw it to him. Rodgers needs to get Davante Adams (see below) involved as well as other wide outs like Ty Montgomery or Jeff Janis. One of those two will likely be the No. 3 WR, so whoever it is will need to step up. Getting the tight ends involved is also a must. Perhaps this is the season Richard Rodgers takes a step forward.

A second round pick a season ago, it's time for Davante Adams to have a breakout season. He was a trendy breakout pick before Nelson was injured, but now the Packers need him to be the No. 2 WR. He's talented and having Rodgers at QB should help him.

Rodgers is the best QB in the NFL for a reason. He makes everyone around him better and is exactly what you want in a franchise QB. Running the ball is still important for the Packers, but letting Rodgers make plays and do what he does best is ultimately how the Packers will overcome the loss of Nelson.