4 Easiest Games On The Packers’ 2015 Schedule 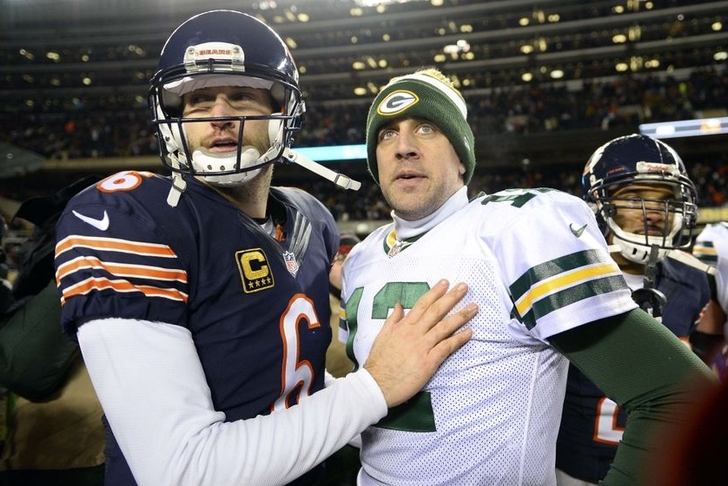 Every game during the course of an NFL regular season takes its own special toll, but these next four games are the closest thing to a breather the Green Bay Packers will get in 2015. Here’s our list of the 4 Easiest Games On The Packers’ 2015 Schedule.

Mark our words -- with all the key defensive pieces who have jumped off San Francisco's sinking ship, this 49ers team is going to be an absolute dumpster fire on that side of the ball. No amount of offseason work done by QB Colin Kaepernick is going to offset what the Aaron Rodgers/Eddie Lacy power duo will do when they step foot on the turf at Levi's Stadium.

Also, the Bears secondary is injury prone and perpetually a step slow, which should allow Rodgers to pull out two of his now-patented fantasy football specials.

Todd Gurley should be a beast in his rookie season under the Gateway Arch, but we're still not sure what to think of Nick Foles as a "franchise QB." In addition, the defense softens considerably after you get past St. Louis' massive D-line, giving Rodgers a perfect opportunity to gash the Rams with help of Green Bay's massive offensive line. This isn't exactly a cupcake game, but it could be worse.

The Raiders are starting to peek their heads out of their hole after a decade-long loop of Groundhog Day futility, but the offense is still a couple of playmakers short of mediocrity -- even with first-year WR Amari Cooper patrolling on the outside. In addition, the team is looking to a young, oft-injured enigma (DJ Hayden) to be its #1 cornerback and an array of overpaid cast-offs to fill out the gaps in the defense.