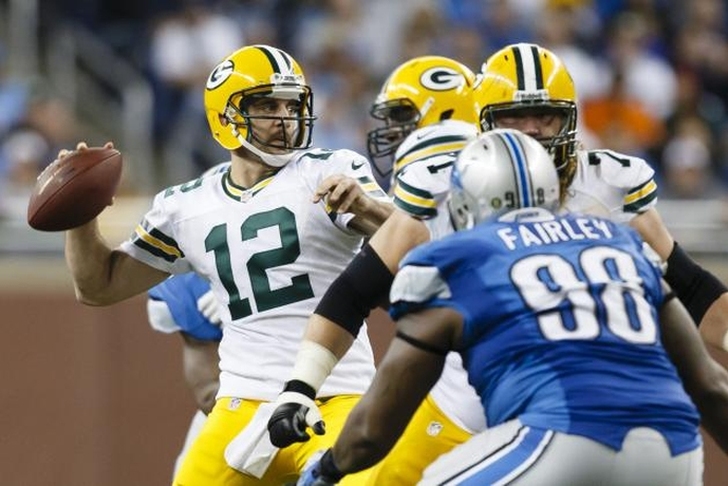 The Green Bay Packers are squaring off against the Detroit Lions on Sunday with the NFC North title and a playoff berth on the line. The winner will clinch a home game in the postseason, while the loser will likely miss the playoffs altogether (unless the Redskins and Buccaneers both lose) - making this game the most important of the weekend. Here are three reasons why the Packers are guaranteed to win the game:

3) Trending in opposite directions
The Packers have been as hot as anyone in the league, winning their last five games - three of which have been by double digits. On the flip side, the Lions have lost the last two games, both by double digits. Those trends reflect how each team is playing coming into this one, and since Green Bay is getting hot at the right time, they will emerge victorious.

2) Matthew Stafford's injury
The biggest reason for Detroit's recent struggles offensively has been Matthew Stafford's finger injury (torn ligaments in middle finger). He suffered the injury against the Bears and put up in his worst performances of the season in their last two games, throwing no touchdowns with one interception in each game. With that injury obviously bothering him, the Lions will likely struggle again.

1) Series history
Green Bay has owned the Lions throughout history, and that has especially been true recently. The Packers are 8-3 against the Lions since 2011, and have won seven of the last 10 games the two have played in Detroit. The Lions just can't seem to get over the Packers hump, and there's no reason to think that will change Sunday night.