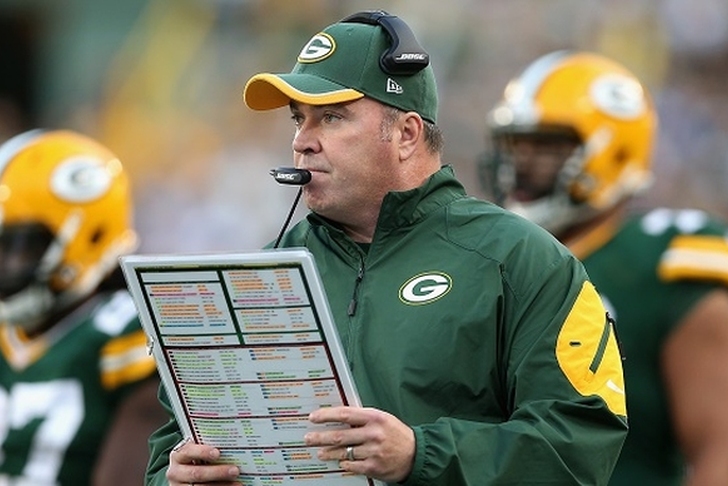 The NFL Draft will start in just over a month, and there will be plenty of trades. That's just the nature of the draft, although those trades are very difficult to predict. One of the teams that could be movers early in the draft is the Green Bay Packers. Here are three potential draft day trades they could make:

Linebacker is Green Bay's biggest need in the draft, and that should cause them to trade up a few spots in the first round (or more than a few spots, as we'll discuss later). Switching spots with the Jets would put them in position to draft several different players, including Georgia's Leonard Floyd and Ohio State's Darron Lee.

Cleveland could trade back into the end of the first round to add the high-quality receiver they so desperately need, and Green Bay would be more than happy to slide back just a few spots to add an extra pick. Remember, the Packers don't have any overly pressing needs, and this would still keep them in range of drafting several of their top targets like Emmanuel Ogbah and Kenny Clark.

Green Bay is specifically looking to draft an inside linebacker at some point with the hope of moving Clay Matthews back to outside linebacker, and this move would be made for the purpose of drafting Alabama's Reggie Ragland. There's a chance he could fall to them at the end of the first round, but there's also a chance he could go in the top 15 or 20 picks. A third-round pick is a fairly large price to pay, but Ragland will be an impact player from day one.