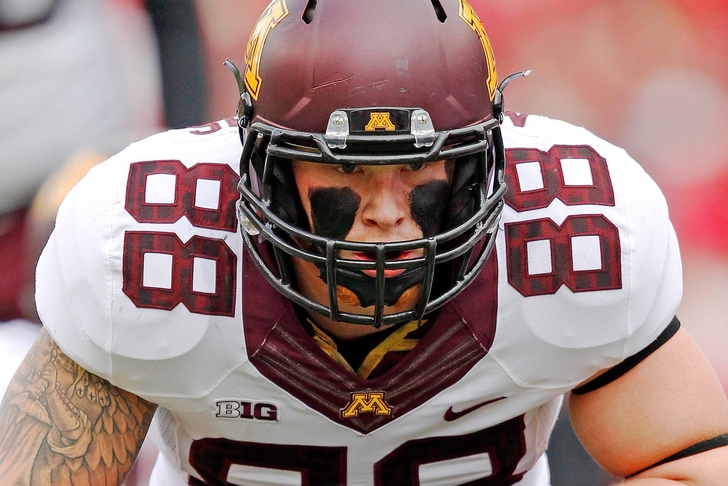 The Green Bay Packers made it to within one game of the Super Bowl in 2014, but a gutting loss to the Seattle Seahawks in the NFC Championship Game sent the Packers home with a bad taste in their mouths. This team still has championship expectations, and they'll look to put themselves over the top with a stellar 2015 NFL Draft class. However, the drafting the wrong players could very well send them spiraling in the opposite direction. Here's 3 Players The Packers Need To Avoid In The 2015 NFL Draft.

Dawson's huge 2014 campaign for the TCU Horned Frogs has some draft pundits projecting him in the late 2nd round. However, despite Dawson's impressive motor as a relatively undersized inside linebacker (and the Packers' likely plan to find an ILB somewhere in the first half of the draft), he's carrying some off-the-field baggage (a failed drug test for non-prescribed Adderall in his sophomore season) with him to the next level. Couple that with rumblings and rumors of unrest surrounding Dawson in the Horned Frogs' locker room, and the Packers may be wise to look elsewhere.

Goldman probably has the biggest upside of any lineman in the draft as he has the size, strength, and quickness to be disruptive in all phases of the game, but his inconsistency and lackluster work ethic mean that potential may never be realized. The Green Bay Packers might be looking for a defensive tackle to groom for the potential of losing David Bakhtiari to a higher bidder in two years (especially after locking up some signficant long-term dough in Bryan Bulaga and Randall Cobb), but Goldman might not be the type of project they're looking for.

We don't expect Green Bay to look tight end in the first round (Williams is projected by most as a late first-rounder), but the Packers would be wise to steer clear of the Minnesota Golden Gophers standout even if the talented TE slips. His body's a bit soft, his route running/blocking is in need of work, and his attitude? "That Minnesota tight end came across as all about himself from what people in our room said (at the combine). They were a little turned off by him," one NFC scout told NFL.com. This might be an 'avoid at all costs' kind of deal.

Follow our Green Bay Packers for the latest Packers rumors!