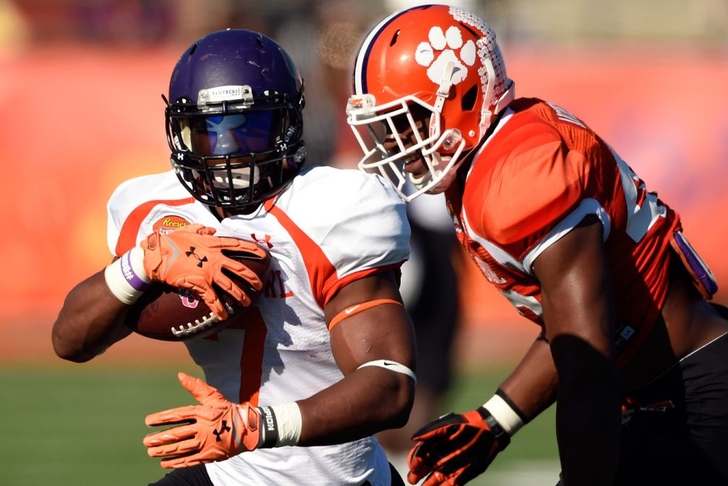 The 2015 NFL Draft is under a month away, which means draft trade rumors are about to get extremely loud around the league. The Green Bay Packers are one team that could be in the mix for some draft day hijinx, but what/who exactly would they look to trade for? Here’s 3 Draft Day Trades The Green Bay Packers Could Make.

The Green Bay Packers could feasibly trade out of the first round and still land a potential top target such as Clemson inside linebacker Stephone Anthony -- provided they stay within the first 10-12 picks on the 2nd round. This would allow Green Bay to take advantage of a Raiders team desperate to add top skill-position talent, giving the Packers another late depth pick as well to unearth a gem with.

Same chorus, different song. If the New York Jets pick Marcus Mariota early at #6 (provided he's there), the Jets likely could be talked into such a deal due to their need for an impact pass rusher. This would be a case of deja vu as well -- the Green Bay Packers shipped the Jets this same pick (#30) in a deal back in 2008.

The Eagles are reportedly in love with UCLA QB Brett Hundley, but it's possible that Hundley won't make it past the QB-needy gauntlet of the early 2nd round. Chip Kelly has proven himself willing to roll the dice, so it's possible the Packers could extract as high as a 4th rounder so Kelly can get his man -- provided that Kelly doesn't reach for Hundley at #20 instead of attacking a more pressing need. In a deep draft for linebackers (Green Bay's likely primary positional target), this may not be out of the realm of possibility.