Whatever you call him, T.J. Slaton could bring much-needed help to Kenny Clark, Packers’ defensive line 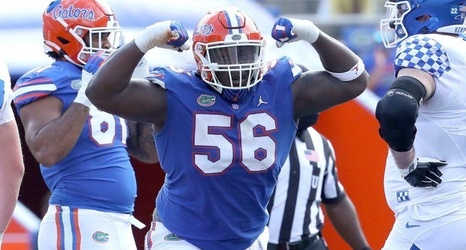 GREEN BAY — T.J. Slaton is such an accommodating fellow that, to start his new job with the Green Bay Packers, the rookie defensive lineman from Florida did something no other new player on the roster did.

He changed his name.

“Yeah, I go by T.J.,” Slaton said as last weekend’s two-day rookie minicamp drew to a close. “Because it’s hard to pronounce my first name.”

So, even though he’s “Tedarrell Slaton” on his Wikipedia page, and on his official Florida Gators football bio, and even on his NFL draft bio, he’s “T.J.” on the Packers’ official roster.