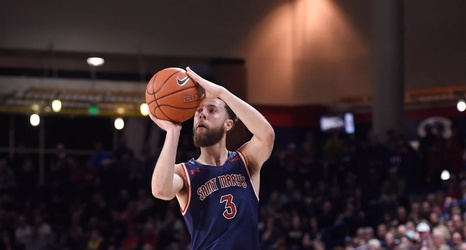 Saturday’s WCC Tournament quarterfinals saw the near-exit of the Saint Mary’s Gaels and the actual exist of the Pacific Tigers in two separate games.

In the first game of the evening, WCC Coach of the Year Damon Stoudamire’s No. 4 Pacific Tigers’ season came to a close as the No. 5 San Francisco Dons’ offense kept on churning, 72-54.

The Dons shot 54 percent from the floor, led by Charles Minlend’s 21 points. Jimbo Lull added 16 points. The Dons had 15 assists on the game compared to just five for the Tigers.