Tom Oates: Loss to dominant 49ers proves Packers still have lots of work to do after promising season 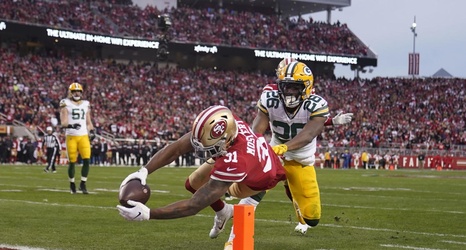 SANTA CLARA, Calif. — Even after 17 games, it was impossible to determine if the Green Bay Packers were lucky or good.

Sunday's NFC Championship Game against the rampaging San Francisco 49ers figured to answer that question once and for all.

To be fair, the Packers relied on much more than luck while winning 14 of their first 17 games. Still, they had a lot of things go their way as they made it back to the playoffs after a two-year absence.

They never lost a starter to injury for more than four games. They were aided by questionable referee's decisions and opponents playing without their starting quarterbacks or running backs.