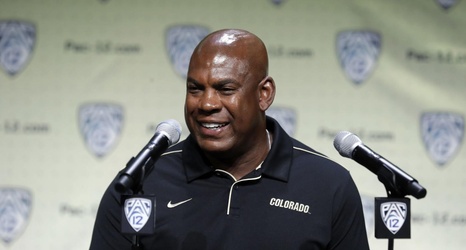 Former University of Wisconsin football coach Bret Bielema will not be the next coach of the Michigan State Spartans.

But a former Badger will be: The Spartans are hiring Mel Tucker, who played defensive back for UW in the 1990s, away from Colorado, according to reports.

Bruce Feldman of The Athletic was the first to report the news in a tweet.

BREAKING: #CU coach Mel Tucker has agreed in principle to become the new head coach at #MichiganState, per sources. After Tucker turned down initial interest, MSU power brokers came back repeatedly to Tucker’s reps w/ an offer that was impossible to ignore https://t.