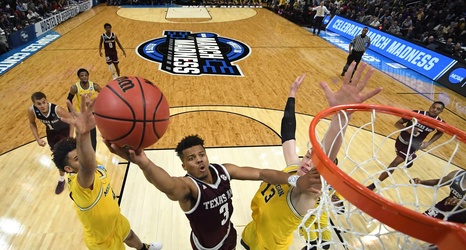 Now that making the NCAA Tournament’s Sweet 16 is the new Gonzaga baseline, it won’t be a new experience for Admon Guilder if it happens again. He’s played in it twice.

Born and raised in Dallas, Texas, Admon was a three-time All-State selection at Dallas’s James Madison High School. In 2015, his senior year, he was named the Gatorade Texas Player of the Year and Parade All-American. Recruited to Texas A&M with two other Dallas area stars, they led the Aggies to two Sweet 16’s in three years (2016 and 2018), a first in school history.