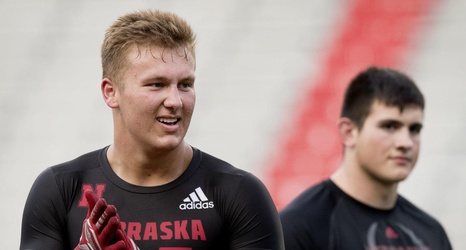 Among the position groups with perhaps the most question marks this offseason for Nebraska is the outside linebackers.

Not only is a new — albeit familiar — coach in place in former defensive line coach Mike Dawson, but playing time is almost certainly up for grabs.

Part of that is because a 12-game starter graduates in Alex Davis, but really, the bottom line for Nebraska is that the defense simply needs more production from the edge players.

“One of the things we really need to improve is pass-rush,” head coach Scott Frost said on his local television show on Sunday night.