Hawkeye 10 @ 10: Enjoying the win over Nebraska 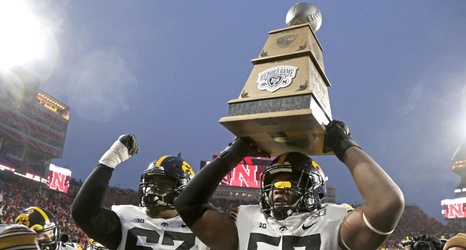 Ihmir Smith-Marsette’s unexpected blocker, Keith Duncan’s quiet time and big performances by former Hawkeyes in the NFL and elsewhere in college football are all part of today’s Hawkeye 10 @ 10.

Required reading, your daily dose of Iowa football news and notes is delivered each weekday at 10 a.m. at Hawkmania.com.

1. Ihmir Smith-Marsette had some help on his way to the end zone for Iowa’s first touchdown at Nebraska.

His blocker on the play was quarterback Nate Stanley, who took on that role after Stanley handed off to Tyler Goodson as he ran to the right.