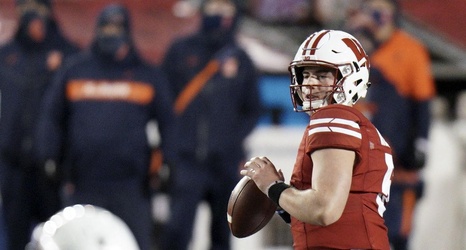 Graham Mertz hadn’t had a chance to check his phone by the time he spoke with reporters late Friday night.

When the University of Wisconsin’s redshirt freshman quarterback finally did reach his device, he was surely greeted by texts and calls from family and friends congratulating him on a star-making debut under center for the No. 14 Badgers.

He also found some celebrity shout-outs on his Twitter feed.