Gonzaga’s Lack of Depth is Working Out Fine 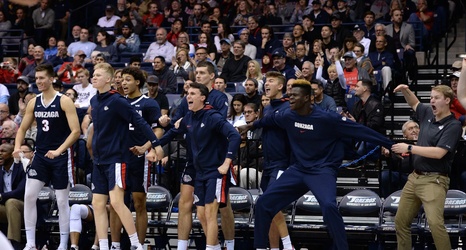 When Anton Watson went down with a season-ending shoulder injury, there was an understandable cause for concern in the Gonzaga Bulldogs fanbase. The Gonzaga rotation wasn’t deep to begin with, and at that moment, it went from short to incredibly short.

Since then, the Zags haven’t skipped a beat, and in the process, have mostly demonstrated that any cause for concern, at least on the offensive end, is all for naught.

The Zags currently are the only school in the entire nation with seven players averaging over 10 points per game. It is a marvel to look at.