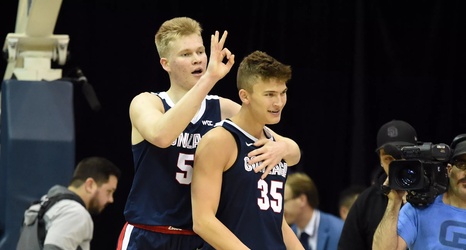 The Gonzaga Bulldogs take on the Loyola Marymount Lions on Saturday afternoon, at 1:00 pm PT.

Gonzaga is coming off the sort of WCC win we have been waiting for this season. After stumbling through their first two games against Portland and Pepperdine, the Zags took it straight to the face of San Diego, winning 94-50.

LMU had the week off essentially. Their last game against BYU might have been one of their worst in the past decade. The Lions mustered a paltry 38 total points in the game.

The game against BYU was a bit of a shock because LMU is not that poor of a shooting team.