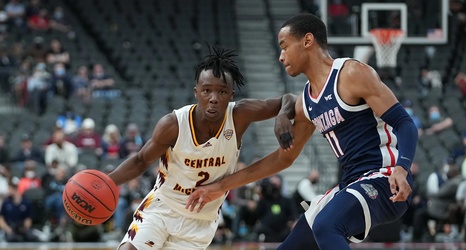 The Gonzaga Bulldogs opened their week-long stay at the T-Mobile Arena in Las Vegas with a dominant victory over the Central Michigan Chippewas that suggests they are feeling confident leading up to the two biggest games on their non-conference schedule later this week.

11 different Zags scored in the game including five in double figures. Chet Holmgren led all scorers with 19 points including a pair of three-pointers that highlighted the broad range of his skillset. Nolan Hickman set a new career high with 16 points off the bench on 7-11 shooting from the field. Julian Strawther (15), Drew Timme (11), and Rasir Bolton (11) rounded out the double figure scorers while Hunter Sallis and Anton Watson just missed out though they both stuffed the stat sheets in a number of categories.