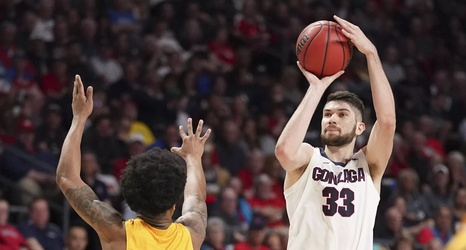 As he has had a knack of doing throughout his career, Killian Tillie came up big for the Zags when their backs were against the wall, leading the team in scoring with 19 points, 10 rebounds, and 2 steals. Ryan Woolridge also had a strong evening with 16 points (2-2 3PA), and Filip Petrusev and Joel Ayayi both added 14 points apiece to the ledger.