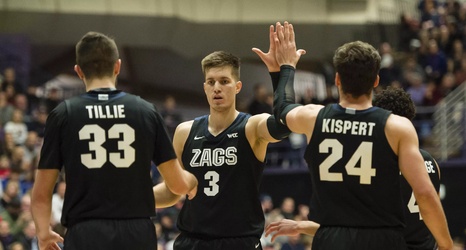 The Gonzaga Bulldogs avoided the fate that has already befallen five teams ranked No. 1 this season by coming from behind on the road to take a 85-72 win over the Portland Pilots in the WCC opener.

Killian Tillie led all scorers with 22 points, 18 of which came in a monster second half that was much needed, and all five Gonzaga starters scored in double figures. Corey Kispert scored 18 points, and Ryan Woolridge continued his stellar play with an efficient 15 points and 7 rebounds. Joel Ayayi added 13 points and Filip Petrusev added 11 points and 8 rebounds.