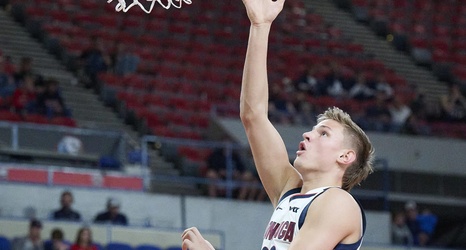 A strong start by the Gonzaga Bulldogs was not indicative of what turned out to be a blowout loss at the hands of Purdue in Friday night’s Phil Knight Legacy semifinals. The Zags were handed their second double-digit loss of the season, 84-66.

Drew Timme led the way with 22 points on 10-16 shooting, but he was the only Gonzaga player to find consistent rhythm throughout the game. His 62.5% clip from the floor greatly outpaced his teammates, as the team shot just a hair over 40% for the game.

It was Timme who got things started in the opening minutes, canning a three from the top of the arc for the game’s first score.