Gonzaga bounces back in win over Kentucky, 88-72 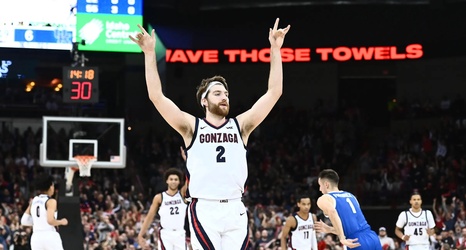 The high profile billing of Drew Timme vs. Oscar Tshiebwe was as advertised. Ultimately, it was the supporting cast of Gonzaga that provided enough offensive firepower for an authoritative win by the Gonzaga Bulldogs over the Kentucky Wildcats, 88-72.

This was exactly the game Gonzaga needed to display after their loss to Texas on Wednesday. Wednesday night, Gonzaga looked like a team that definitely was not ranked No. 2 and hardly should have been ranked in the top 25. Tonight, the potential of the Zags was on display as they took an early lead over Kentucky they never relinquished for the whole game.