Gonzaga Barely Holds on to Beat Oregon in OT, 73-72 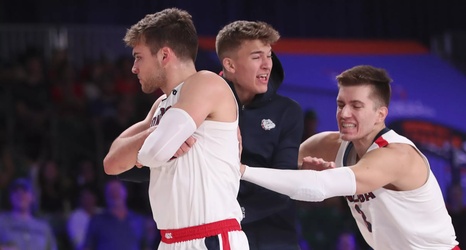 Gonzaga and Oregon fans can agree on one thing — that semifinals matchup in the Battle 4 Atlantis was entertaining as heck. The Zags seemed to have control early on, putting on an offensive brigade led by Corey Kispert (he finished with 17 points on 5-8 from beyond the arc and 7 rebounds). Gonzaga actually led by 17 points in the first half at one point. The second half and overtime was a completely different story.

On the defensive end, Gonzaga wasn’t boxing out and gave up too many second-chance points to the Ducks. Oregon finished with 18 offensive rebounds.