Gonzaga and Texas Tech Schedule Neutral Game for Next Season 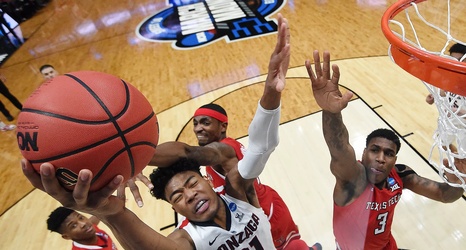 The Gonzaga Bulldogs and the Texas Tech Red Raiders have agreed to play one game next season in Phoenix, Arizona, on Dec. 19, 2020.

Sources: Texas Tech and Gonzaga will play a neutral site game in Phoenix on December 19th, 2020.

The Zags future schedule is relatively sparse at the moment. Gonzaga has games against Washington and Arizona on the books and will be playing in the Orlando Invitational (alongside the Auburn Tigers, Belmont Bruins, Boise State Broncos, Michigan State Spartans, Saint Louis Billikens, Siena Saints, and Xavier Musketeers).