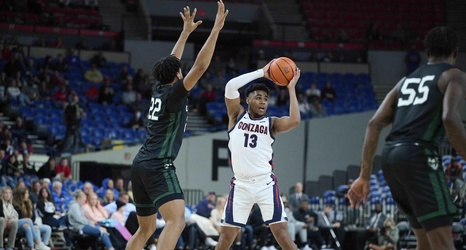 Unlike some of their highly-ranked peers playing against Oregon-based schools in the Phil Knight Invitational/Legacy, the Gonzaga Bulldogs took care of business early and left no doubt in a 102-78 win over the Portland State Vikings.

Malachi Smith played his best game in a Gonzaga uniform and finished with 23 points including 5-5 from the three-point line. Drew Timme (18 points), Rasir Bolton (14 points), Hunter Sallis (12 points), Anton Watson (10 points), and Julian Strawther (10 points) all scored in double figures as well. Nolan Hickman looked to be moving better after picking up an ankle injury at Texas last week.