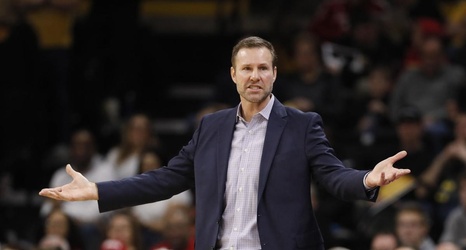 Nebraska football coach Scott Frost and men's basketball coach Fred Hoiberg will each donate a portion of their salaries for the upcoming fiscal year back to the Husker Athletic Department’s general operating fund, the school announced Thursday.

NU athletic director Bill Moos told the Journal Star that it was Frost's and Hoiberg's idea to make the donation.

The amount donated will be determined as the department finalizes its budget in the near future. The new fiscal year begins July 1.

Frost makes $5 million annually and Hoiberg's base salary is set at $3 million.

A native of Wood River, Frost is in his third year as the Huskers’ head football coach.