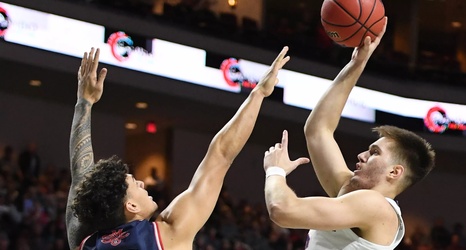 Gonzaga Bulldogs sophomore center Filip Petrusev was named to the AP All-American Third Team on Thursday, the only Zag to receive the honor.

Petrusev was the leading scorer on the nation’s best offense, averaging 17.5 points per game and 7.9 rebounds per game. He stepped up in a huge way from his freshman campaign, becoming the first focal point of the offense, leading the team in possessions and total number of shots.

He was also one of the best in the nation at drawing contact, averaging 7.7 fouls drawn per 40 minutes, good for No.