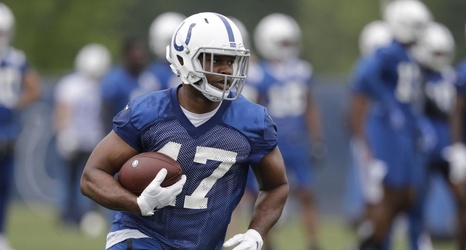 GREEN BAY — A few hours after the Carolina Panthers agreed to a two-year, $20 million deal with Robby Anderson — the most expensive remaining free agent wide receiver on the open market — the Green Bay Packers did the opposite.

Hoping they found a remarkable bargain with a still-young player who missed virtually all of last season with an injury, the Packers reportedly agreed to terms on a one-year deal with Devin Funchess. The NFL Network reported the agreement, which is likely for the veteran minimum or slightly more.

Funchess, who turns 26 in May, was a second-round pick out of Michigan in 2015 but has struggled to deliver consistent production in his first five NFL seasons, catching 164 passes for 2,265 yards and 21 touchdowns.