Conor McGregor to fight Donald Cerrone in main event of UFC 246 on Jan. 18 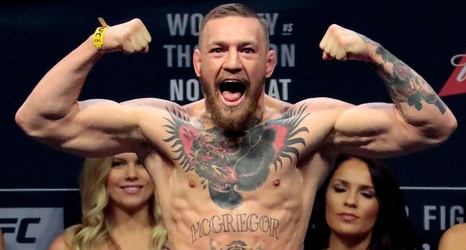 Conor McGregor will return to the UFC Octagon on Jan. 18 in Las Vegas, according to UFC president Dana White.

The UFC is close to finalizing a non-title welterweight bout between McGregor and Donald 'Cowboy' Cerrone, which will headline UFC 246 on Jan. 18 at T-Mobile Arena in Las Vegas. McGregor has signed his contract to compete on the date, White told ESPN.

Cerrone's representatives say he has agreed to the bout and signed a new exclusive deal with the UFC.

"Conor has signed and Cowboy is ready to go," White told ESPN.