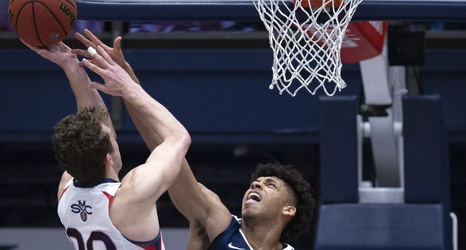 The Gonzaga Bulldogs are the No. 1 team in the nation in the latest AP Poll, marking three-straight weeks on top for the Zags.

We can ignore the fact that Gonzaga hasn’t played a game in nine days, so there was no room to really move up or down in the polls. As it stands now, the Zags, presuming they win the WCC Tournament like they most definitely should, will enter the postseason as the No. 1 team in the nation, the first time since the 2013 season.