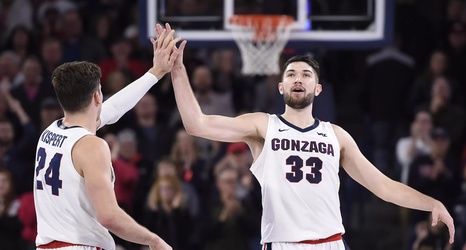 The Gonzaga Bulldogs are the No. 1 team in the nation for the third week in a row according to the AP voters.

Their lead on the top spot slipped a bit this week, however. Gonzaga received 63 first-place votes last week and that number dropped to 54 in this week’s poll. It is a rather deserved slide for the Zags, who by all accounts struggled through their first two games of WCC play.

On Thursday, the Zags entered the second half trailing the Portland Pilots. On Saturday, at home, Gonzaga played one of their closer games of the season, defeating the Pepperdine Waves by just five points.