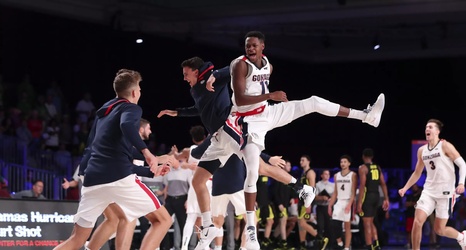 The Gonzaga Bulldogs and Michigan Wolverines are facing off today for the Battle 4 Atlantis Championship.

Meanwhile, the Wolverines pulled the upset on the North Carolina Tar Heels, 73-64, effectively putting the game out of reach after a nice start to the second half.

There were probably quite a few people who were clawing for the game against North Carolina, but Michigan is not a bad draw, especially later down the line.