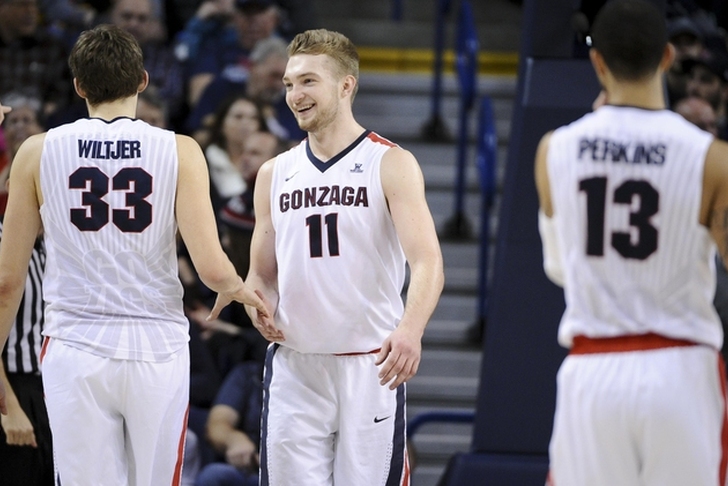 The Gonzaga Bulldogs are in the NCAA Tournament for the 18th straight year, which is tied for the third longest active streak in the country. They were in danger of missing the tournament if they didn't win the West Coast Conference Tournament, but took care of business by beating St. Mary's in the title game to get the WCC's automatic bid. Here's everything you need to know about the Bulldogs:

Sabonis has the potential to be a lottery pick in this year's NBA Draft, and his role at Gonzaga took on even more importance when they lost center Przemek Karnowski for the season due to injury. He's now their only true inside player on both ends of the floor and has stepped up his play accordingly, nearly doubling his production from last season. Sabonis isn't a rim protector, but he is one of the more polished offensive post players in the country and shows fierce tenacity on the glass.

Gonzaga is known for their flawless offensive execution under head coach Mark Few, and this year is no different. The Bulldogs rank 33rd in the country in adjusted offensive efficiency, 37th in points per game (79.5), and 17th in effective field goal percentage, showing they can keep pace with anyone on the scoreboard.

The Zags were trying to replace Kevin Pangos and Gary Bell - both four-year starters - in the backcourt this year, and they've subpar play from this year's group of guards. Perkins makes a lot of mistakes you would expect from a freshman, Dranginis lacks atleticism, and neither are particularly good defenders or three-point shooters. This is area that has killed Gonzaga all year and should continue to do so going forward.

Outlook:
You can never count out Mark Few's squad from winning a game or two in the tournament - but you can this year. Their guard play and lack of depth inside will cause them to lose in the first round, especially if Sabonis gets in foul trouble.