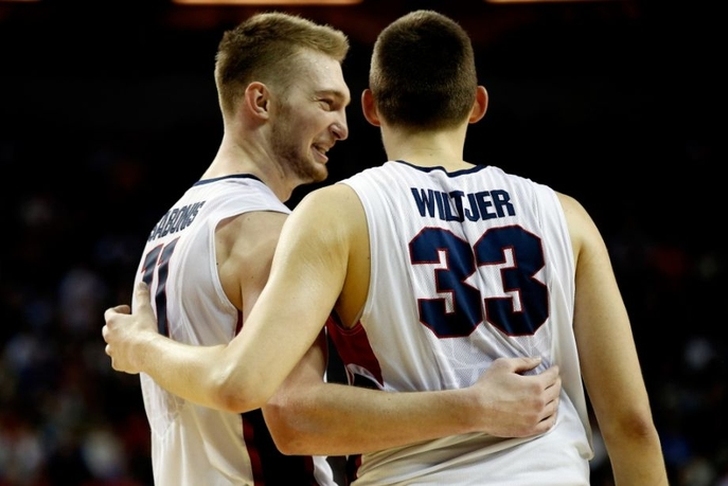 The No. 11 seeded Gonzaga Bulldogs pulled off the first true upset of Saturday, and in blowout fashion too. The Bulldogs beat the No. 3 seeded Utah Utes 82-59.

Gonzaga led 44-29 at the half and extend that led to 20 at several points in the second half. The Zags have their shooting to thank for the win, as they hit a blistering 52.2 percent of their shots.

It was mostly a three-headed attack for Gonzaga, as Domantas Sabonis, Kyle Wiltjer and Eric McClellan had big games. Sabonis racked up 19 points and 10 rebounds. McClellan had 22 points and five boards. Wiltjer recorded 17 points, three assists and three rebounds.

Utah big man Jakob Poeltl was held in check. He had just 5 points and four rebounds. He was 2 of 5 from the field. The Runnin' Utes leading scorer was Kyle Kusma, who had 15 points.

The Zags now advance to the Sweet 16. They'll face the winner of Syracuse and Middle Tennessee. Those two teams play Sunday.