Woods makes par on 9 with spectacular shot from fairway bunker 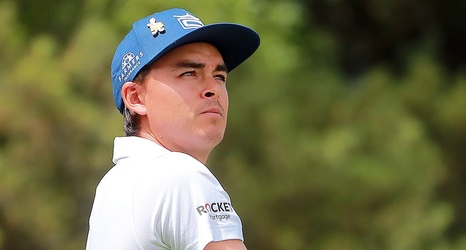 MEXICO CITY – Just when he looked like he was going to give away a shot on his final hole Friday, Tiger Woods did what he does best, something most everyone else would never even think to try.

After finding the right fairway bunker off the tee at the par-4 ninth, Woods found himself blocked out by a tree between himself and the putting surface.

After multiple minutes surveying his options - and after a late club change - Woods aimed left, opened his clubface, ripped a slice around the tree, found the green, pulled his ball to the right and very nearly holed out from 135 yards.