With wife and son on site, Peter Malnati fires 63 to lead Bermuda Championship 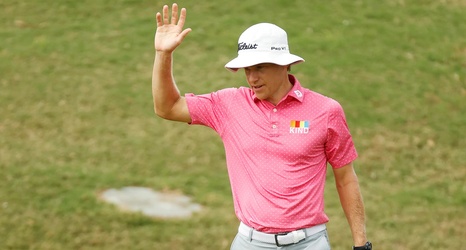 SOUTHAMPTON, Bermuda – Peter Malnati saw his infant son at a PGA Tour event for the first time since the pandemic, which brought a smile to his face and another birdie on his card for an 8-under 63 and a one-shot lead Thursday in the Bermuda Championship.

The tournament is the first to allow limited fans – no more than 500 a day at Port Royal – since the opening round of The Players Championship on March 12.

The final birdie was the ninth of the round for Malnati, who has gone from the South to the West to the middle of the Atlantic Ocean and keeps playing some of his best golf.