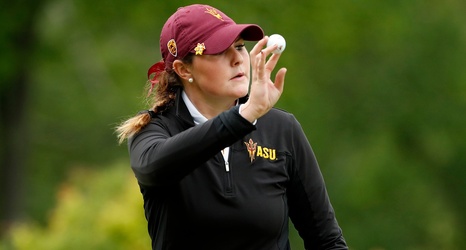 Two months ago, Olivia Mehaffey and her Arizona State team had just stepped off the ferry at the Pearl Harbor National Memorial in Honolulu when their phones started buzzing.

The NCAA had canceled the rest of the season and effectively ended the career of Mehaffey, the Sun Devils’ lone senior.

“We’re at Pearl Harbor, so it was already somber to begin with, but when we got the news, we all just stood there, huddled, and just broke down in tears,” Arizona State coach Missy Farr-Kaye said. “It was so devastating, especially for Liv. But as I told her then, ‘I have trouble believing that you have hit your last shot for Arizona State.