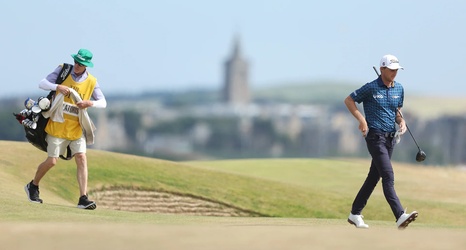 Will Zalatoris has split with the caddie that he’s had for most of his young professional career.

Zalatoris and caddie Ryan Goble parted ways after Friday’s second round of the Wyndham Championship, GolfChannel.com has confirmed with Zalatoris’ manager after the news was first reported by The Caddie Network.

Josh Gregory, one of Zalatoris’ instructors, is looping for the weekend at Sedgefield Country Club, which Zalatoris begun in a tie for 39th.

While a reason was not given, the decision ends a partnership that began in just over three years ago, before Zalatoris was even a full-time Korn Ferry Tour member.