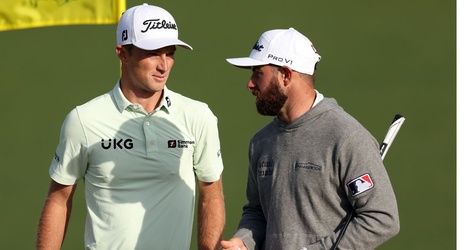 Former college roommates are close to claiming consecutive PGA Tour Rookie of the Year awards and continuing an impressive run for Wake Forest on Tour.

Teammates during their time at Wake Forest, Will Zalatoris notched the award last year and this year, Cameron Young, 25, is the clear front-runner.

In their short stints on Tour, both have posted similar and impressive results despite still being winless. Zalatoris, 25, has three runner-ups in majors since 2021 and Young, this year, has two, plus a T-3 at the PGA Championship and another four top-3 finishes.

With both also close to notching their first-ever Presidents Cup nods, the two former Demon Deacons are enjoying the ride together now on golf's biggest stage.