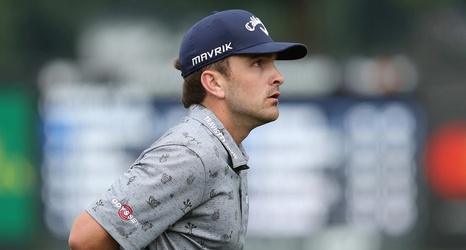 In a year without a direct path to the PGA Tour, Will Gordon may have found a side door.

A little more than a year ago, Gordon was playing for Vanderbilt, where he was once the SEC Player of the Year. But Sunday he was contending against the game's best, making the most of a sponsor's exemption at the Travelers Championship. Gordon played his way into the mix with a second-round 62, and he closed with a 64 that gave him a share of third place along with Mackenzie Hughes.

In addition to a six-figure payday, Gordon's finish earned him special temporary membership on the PGA Tour.