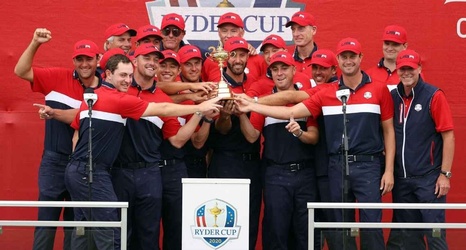 SHEYBOYGAN, Wis. -- United States Ryder Cup captain Steve Stricker is a crier. It's known enough that he gets considerable, good-natured grief about it. You could have made money if you bet the under on when the tears would start flowing during his opening ceremony speech.

He is one of golf's good guys, a player who worked hard to win 12 times on the PGA Tour. He is such a good putter that he typically had others lined up for advice.

But beneath that nice-guy exterior is a fierce competitor. Stricker has been known to be tough on caddies and himself.