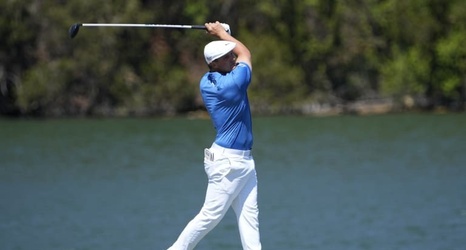 Group-stage play continued for a second day in the WGC-Dell Technologies Match Play on Thursday at Austin Country Club.

Arnold Palmer Invitational winner Bryson DeChambeau rebounded from a loss to Antoine Rozner to beat Si Woo Kim 2 and 1. Likewise, Rory McIlroy got his first win to balance out an opening day summed up by a tee shot that landed in the pool of a nearby homeowner.

Top seed Dustin Johnson, on the other hand, had to settle for a tie with Robert MacIntyre.