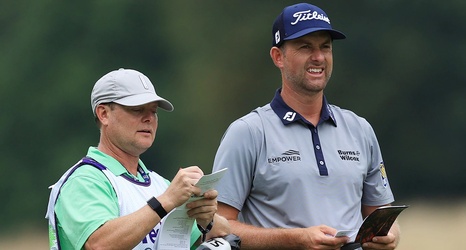 MEMPHIS, Tenn. – Webb Simpson won the last major championship played in San Francisco with his caddie, Paul Tesori, by his side. When Simpson returns to the Bay Area for next week’s PGA Championship, he will make the trip without Tesori.

After working the first two rounds of this week’s WGC-FedEx St. Jude Invitational, Tesori was replaced on Saturday as he continued to struggle with an ailing back.

“His back went out last week and it's been really painful for him this week. He managed kind of the first two rounds, but yesterday was really tough for him,” said Simpson following a third-round 69.