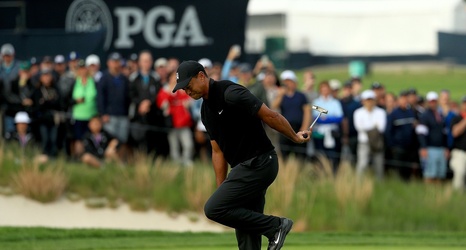 FARMINGDALE, N.Y. – When playing a major alongside Tiger Woods, it’s easy to get caught up in the moment and lose track of the task at hand. Just ask Brooks Koepka.

The defending PGA champ played the first two rounds at Bethpage alongside Woods and Open champ Francesco Molinari, creating a marquee grouping that featured the current holders of golf’s four majors. With Woods making his first start since the Masters, Koepka used the extra spotlight to obliterate the field en route to a seven-shot lead through 36 holes.

Inching closer to a fourth major title in less than two years, Koepka shared a story from the first time he played with Woods.