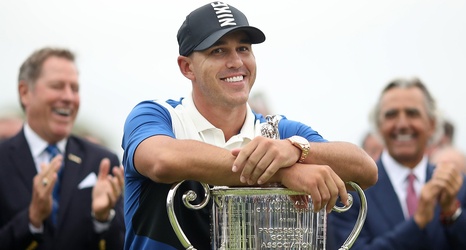 FARMINGDALE, N.Y. – Stepping into the cauldron of the final group in the final round of a major, Harold Varner III showed just how quickly things can spiral out of control.

Varner played his way into Sunday’s anchor pairing alongside Brooks Koepka with three rounds of steady play, entering the finale at Bethpage at 5 under, seven shots off the lead. He got to within five after a clinical dissection of the opening hole, combining a birdie with a bogey from Koepka.

But that was as close as he’d get, as Varner bogeyed No. 3 before disaster struck on the par-5 fourth.