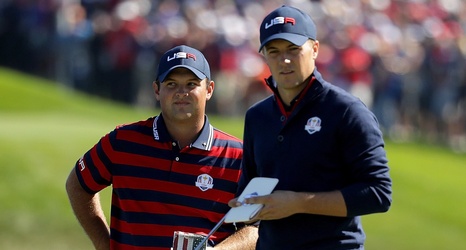 Two weeks from Friday, the first tee balls will be struck in the 43rd Ryder Cup at Whistling Straits. Steve Stricker is already there.

The U.S. captain was on site at this year’s host venue on Wednesday as he rounded out his 12-man roster with six captain’s picks: Tony Finau, Xander Schauffele, Jordan Spieth, Harris English, Daniel Berger and Scottie Scheffler.

Finau, Schauffele and Spieth had been considered locks to receive picks since missing out on qualifying following the BMW Championship two weeks ago.