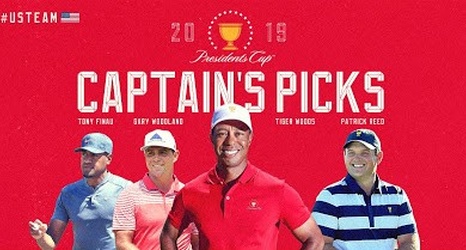 "It was a difficult process," Woods said in Golfweek. "I wanted to see some form from the guys in the U.S. and over in Asia, wanted to see guys play a little bit and play well. And that included me."

"As captain," Woods said, "I'm going to choose Tiger Woods as the last player on the team. He's made, what, nine Cups and he's played in Australia twice in the Presidents Cup, so this will be his third appearance as a player.